Next week, the newest generation of consumer electronics is set to rock everyone’s entertainment world…while I’m stuck at work hitting Refresh on tech sites’ Twitter feeds to see what the latest is.

Until then, of course, comes the idle speculation – and who am I to stand out from the crowd? I found this intriguing article at Polygon in which one of the boys at Microsoft promised that subsidiaries Rare Ltd. were cooking up something special for the new Xbox One. Something “historic”, in fact. 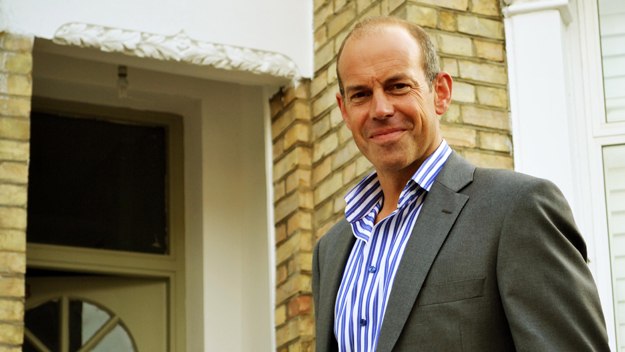 We’re fairly sure the guy from Microsoft wasn’t THIS Phil Spencer. (photo: channel4.com)

Now is it just me, or should any company that’s had a fair few swings and misses over the past few years, which is developing something for a console that hasn’t exactly got people foaming at the mouth yet (what with all the not wanting to be spied on or paying extortionate prices for full games but not being able/allowed to buy second-hand if the rumours are to be believed), which come to think of it really shouldn’t be going for the hyperbole at all right now until they’ve got something more solid to show off…should they really go ahead and slap a “historic” sticker on what they’re making?

“Fans of Rare and Rare IP I think will be pleased with what we’re going to show at E3…Rare remains an incredibly important part of our development capability.”

“That historic IP that they’ve built I think can play a real important role on Xbox One.”

So, that historic IP, huh? As if there’s only one? Well I think we can safely say we won’t be seeing a Donkey Kong Country reboot on the Xbox One, nor will we see another Goldeneye remake; which, when combined with this little nugget of information means that we could be seeing a new chapter in the Killer Instinct story come Christmas 2013.

It was a decent enough game back in the day – but you should realise that “back in the day” really WAS back in the day; almost twenty years now. Has any game been away that long and still managed to scare up an audience?

Do you think Rare can deliver the goods?

2 thoughts on “A new Rare game for Xbox One: do they have the Killer Instinct?”