Sci-fi parody only works if you’ve established the generic conventions properly – Redshirts doesn’t hold a candle to Red Dwarf in that respect.

And so, my new blog begins just the way I wanted it to – a massive bitchfest about an underwhelming science fiction trope.

As I’ve mentioned before, I found the sci-fi book Redshirts rather disappointing; as Ez from Geekocracy put it even better in the comments: “the whole thing sank under the weight of its own meta-smugness”.

The book aimed to show a new side to the poor unfortunates who meet their grisly deaths on Away Team missions. These are the eponymous Redshirts who, as per the trope established in the original Star Trek series, were basically expendable; played as they always were by non-speaking actors who joined the major characters Spock and/or Kirk as they beamed onto alien planets to establish what evil alien presence they were dealing with each week.

Giving these expendable people a voice and a shipside life of their own is an amusing touch that I’m fairly certain should’ve been done by now in various spoofs and parodies. If it hasn’t, then Hollywood’s missed a trick. The additional layer of meta arrives by the bucketload as we discover along with Ensign Andy Dahl that they are, in fact, these very same minor characters in a script that’s being written for them as part of a TV show in another dimension.

My main quibble with the book’s ‘meta-smugness’ is that, in itself, being a purposely expendable character in a decades-old science fiction programme is all well and good, but having an entire story revolve around your, well, pointlessness, isn’t really much of a thing.

So I was quite shocked to see that, according to Deadline, some rather impressive Hollywood types will be adding a limited-series adaptation of Redshirts to their impressive CVs; including Ken Kwapis who worked on The American Office.

I see how Kwapis wants to be involved; he made (well, helped adapt) a brilliant sitcom that focuses on making ordinary people extraordinary; namely the staff of Dunder Mifflin/Sabre, so there’s plenty that can be done on making these ordinary ensigns into the masters of their own destiny.

With good writing and direction, it’s even feasible that this could be entertaining enough to work out as a TV series. My one main worry is that Paramount/Viacom/whoever owns Star Trek are just going to, plainly and simply, sue the shit out of them.

Redshirts doesn’t exist without Star Trek. That’s a fact. So how do they expect to make a programme out of the source material, especially if they hope to make it an effective enough parody that doesn’t just lift directly from Gene Roddenberry’s extremely well-established universe?

Parody, pastiche, whatever you want to call it – all things much better done from as broad a base to borrow from as possible. The trope-within-a-trope that is, Redshirts die on Star Trek, isn’t something which can necessarily carry across any range of story or breadth of genre. Is it enough of a thing to rip from if you don’t own the entire rest of the generic conventions to fit in alongside it? Does the parody hold much weight when it’s been entirely supplanted from something else?

One example of something which pulled off a much more convincing meta-collapse for me was the Back to Earth mini-series of British sci-fi sitcom Red Dwarf, produced in 2009 to celebrate the programme’s 20th anniversary. (Incidentally, celebrity fan Patrick Stewart claims he once took one look at an early episode and tried to call his lawyer for Trek infringement.)

After eight series of blundering through space, avoiding swirly things and rubbish puppet monsters, the crewmembers realised halfway through this special visit to a far-off distant Earth, the home planet of last human Dave Lister, that they, too, were being written into – and soon out of – their very existence. (Even this included a great, great many nods to Blade Runner (which in turn came out of a book)).

The difference in Back To Earth was that, having followed these cult characters for a decade onscreen in their own universe and missing them for another decade off, the joke was on all of us: the crew found out that they did not truly exist in their own reality; nor did they have a reality to exist in. Lame as the joke turned out to be, it took a showdown between Lister and the bloke who plays him (on the set of the latter’s one other notable work) to let it sink in.

So the joke may be a letdown in the end, but at least Back To Earth fully satisfies the requirement of self-reflexivity to be something ‘meta’ in the first place – emphasis on self; it built up its own, albeit rather large pile of playing blocks over 20 years before knocking them down by itself. Redshirts, on the other hand, requires a whole new set of playing blocks off a lot of other contributors – in this case, pretty much exclusively the entire set of generic conventions and tropes laid down by one single text that doesn’t belong to them – before it can start knocking them down. 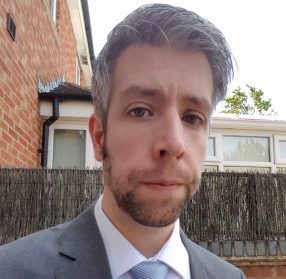