No intro necessary – you know all about Pokemon Go by this point.

But if there’s one thing I can say about Pokemon Go, it’s that the sheer dedication displayed by some of my fellow local players is both tremendously encouraging and horribly frustrating.

Encouraging because, wow, absolutely everybody is playing it; from the surly teenagers outside my nearest supermarket to the surly adults standing in the town centre between two lures.

Frustrating because, as a thirty-something with grown-up responsibilities and…well, things I’d actually rather be doing than playing Pokemon Go, it occurs to me that I’ll never get anywhere close to achieving anything in-game.

(I held a gym overnight last week, not long enough to gain any XP but still long enough to feel somewhat accomplished. Oh, and this gym was in Mexico – I was on my honeymoon; my wife was only annoyed that she got booted from it sooner than me.)

I won’t even bother to get into an overview of the game, mostly because if you’re reading this you’ve either got no wish to know, or you’ve just closed the app down yourself when you came home for the day. Suffice it to say, for me there’s still a few niggling issues to be worked out. I cannot reasonably allow it to murder my phone battery as much as it does, and my GPS is quite patchy – though I realise these are both potentially caused by my smartphone as much as the app itself.

No, the real annoyances come in the game. The memes have done the rounds, but the best jokes are funny because they’re true – I’m sick of the fucking sight of Pidgey. Even when I drop a bloody lure, they’re there in their droves.

Seriously. I despise it. It can’t be healthy how much I wish harm upon it every time the useless fucker pops up on my screen, and how it manages to escape the trap so much considering how bloody many of them there are. Surely rarer Pokemon than this shouldn’t be easier to catch?

Another issue I have – definitely mine and not the game’s – is that I feel like an absolute hypocrite every time I take my phone out and don’t watch where I’m walking, because I FUCKING HATE those people. At least now there’s a good cause for it, but I have never understood the need to do that before. It’s just an awful habit.

I’ve got to say though, once you can get past these things, the concept itself is absolutely amazing. Catching Pokemon out in the real world? Seeing so many great stories online of making new friends and – in some cases – even taking those scary steps outside to play? It’s a beautiful thing, and while the world continues to fall apart around us with Brexit this and bombing that, having this one beautiful thing in our lives right now is actually pretty great.

But seriously though, fuck Pidgey. 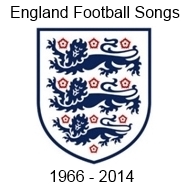